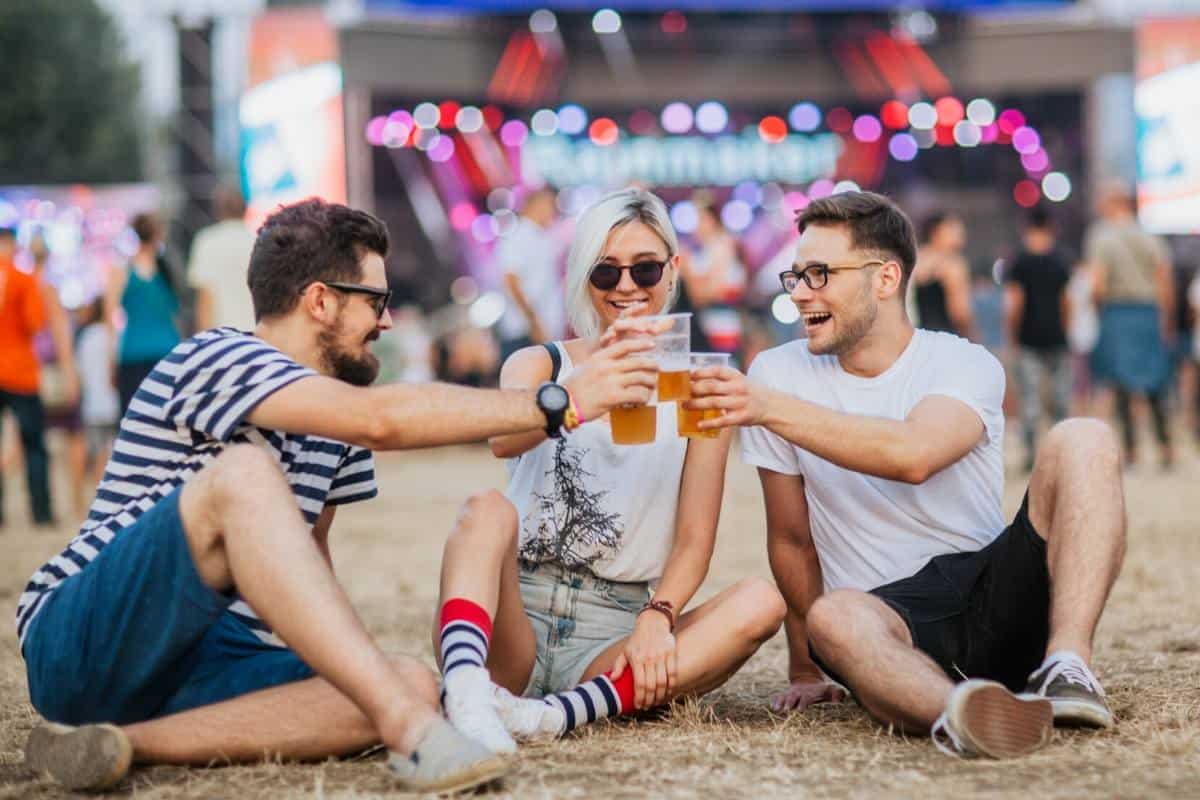 We’ve all been to at least one, music Festivals have seen massive growth in the past decade. In England alone, the sector value was worth £2.8bn in 2018.

Ticketmaster suggests that a third of the UK population have attended a festival since 2016. Despite the 2020 pandemic, this number is expected to rise into the 2020s.

So, with the number of festivals growing, how do they make money?

Now let’s dig into how Festivals make that money in a little more detail.

Ticket sales are a significant income for music festivals, and there are a variety of different strategies for pricing tickets correctly and for attracting customers to buy them.

There are several ways festivals will price their tickets.

Cost-based is the simplest way of pricing tickets. The festival works out the total cost of putting the festival on including any profit margin they want to make, then divide that number by the number of expected attendees.

The advantages of this approach are that it simplifies the process and requires little research. On the flip side, not researching what competitors are charging could be risky. It also doesn’t allow for last-minute costs.

Competitor-based ticket pricing is different to cost-based. A festival’s tickets price is based on the level of competition around the festival.

Competitor-based pricing may be a strategy that a festival considers when first starting. It would be challenging to remain competitive on reputation alone, so this is reflected with the price of the ticket admission.

This approach uses market research of a target audience to determine what the pricing strategy will be. This means understanding what the target audience is prepared to pay for the festival.

Festivals will strategise their ticket sales in several ways. One of the most common ways is to offer tickets on a tiered basis, releasing batches in levels. Releasing batches usually involves cheaper tickets being sold very early on, perhaps straight after the previous event.

The festival are open with the fact that after a given time or some tickets have been sold the price will increase. Batch-based releases encourages people to buy tickets earlier.

Sponsorship is an excellent way for festivals to increase their income and offer higher value to their attendees.

Festivals will often use assets which they already have for sponsorship such as large TV screens, fencing covers or even the neck lanyards used for staff.

Usually, festivals like sponsorship because they don’t have to provide anything in advance.

The sponsor gets involved because they see brand or marketing gain from the visibility the festival will afford them. In this respect, sponsorship can be a highly profitable activity for festivals.

When first starting out, however, it can be difficult to attract sponsorship if the festival is relatively unknown. Sponsors will expect to pay less and demand more in return for any agreement.

Other examples of festival sponsorship ideas can be found in this post.

Festivals make money from advertising in a number of different ways, and this is often a separate channel away from sponsorship.

With the majority of their marketing now focused on online channels such as social media and email, there are enormous opportunities for would-be advertisers to gain visibility across the festival audience.

Festivals will consider all of the digital assets they have and how they might be leveraged to include some advertising for additional income to the festival.

Digital assets could, for example, include sponsored posts on the festival Facebook group or Instagram, or it could be a specific email sent to all ticket holders mentioning the advertiser.

Many festivals now produce digital guides or brochures for their festival. These digital brochures are another opportunity to sell some advertising space.

Offline channels are still relevant to many markets and target audiences. While it might be that online advertising would return a higher profit. There are many opportunities offline such as physically printed brochures, lanyards, site plans, tickets, banners on fences (and some many more!) which offer opportunities for advertising space at a festival.

Concession fees are those that charged to food vendors or traders that attend festivals. Depending on the size and reputation of the festival, these fees vary enormously.

Festivals which are just starting will be unable to charge hefty fees as they cannot guarantee large amounts of football for the trader.

Those festivals that are well established and attract thousands of people will be able to charge extremely high concession fees to all traders attending.

Merchandise is a common way in which festivals make money and will usually be available online before and after the event, plus at one or more stalls dotted around the festival.

It is often split between the event’s own branded merchandise and then reselling stock from any performers for a fee.

The production costs of merchandise such as t-shirts, hoodies or caps are often low when a large number of them is ordered. Bulk buying is an opportunity for the festival to enjoy a healthy profit margin, but can carry a risk if the merchandise doesn’t sell.

Very popular festivals can make a lot of money from selling merchandise.

Database access has the potential to be quite profitable as there is little cost attached to it. It is important to remember that there are numerous pieces of legislation in regards to data protection (such as GDPR in Europe) that make significant regulation of this type of activity.

There are numerous smaller way in which a festival can make money, many of which will largely depend on the type of festival (music, food, arts etc.)

Patreon is a relatively new phenomenon and involves people donating to support a festival either as a one-off payment or regularly. The festival can set up payment tiers, (£5, £10, £25 etc.) and people receive something in return.

For lower-tiers, it would be something as simple as a shoutout on their social media or right up to VIP access to the festival.

Brand new festivals that are looking for community support can use this to generate income to get started. For more information, check out the Patreon website.

Charging a premium price for the ultimate premium experience is another way festival can make money.

VIA access could be an exclusive area that has specific access to some of the performers or activities. It could also just be access to high-quality toilets. People will often pay a premium price for this.

People crave data access to share their experiences at Festivals, but this can often be let down by weak phone data caused by large crowds or a rural environment. Festivals can provide WiFi access to customers who will then pay for the privilege.

Another common way to make money is to charge for access to phone battery charging facilities.

In recent years some Festivals have started offering rented power banks so that customers don’t have to leave their phones in a locker while they charge.

So there are some of the ways in which festivals make money, of course, there are plenty of other ideas. Leave a comment below if you’d like to share one.

Mark has over 20 years of experience in the events industry from working in live music venues through to major outdoor events like the Olympic Torch Relay and the Tour de France. He now works as a feelancer, consultant and Senior Lecturer in Events Management.

link to How do venues make money?

Event venues come in all shapes and sizes, but often there are common income sources across each. Understanding what these are and how to maximize them is key to turning a profit with your...

Continue Reading
link to What is Event Design?

The concept of event design is often confused with just being about the event decoration, but it goes much beyond that. With over 20 years of experience in events, I understand how events are...

Mark has over 20 years of experience in the events industry from working in live music venues through to major outdoor events like the Olympic Torch Relay and the Tour de France. He now works as a freelancer, consultant and Senior Lecturer in Events Management.